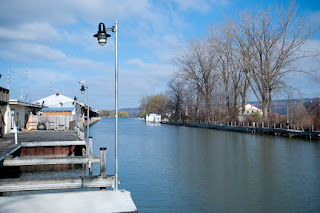 Rhenia lazily extends to meet the travelers approaching it, similar to a faded lifeline inscribed into a palm. Its rear stretches toward its sister cities only to dissolve, unrecognizable, into the waiting lake. 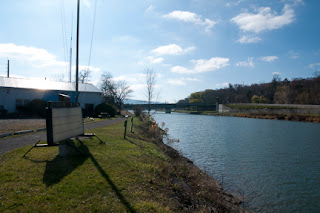 Rhenia’s pasts bleed from its banks into the water: a raucous shanty city of immigrants fallen silent, its tongue singed by smoke and flame. Along its shores, histories are impressed into Sodom’s soil, with some ridges running more deeply and others eddying around each other. 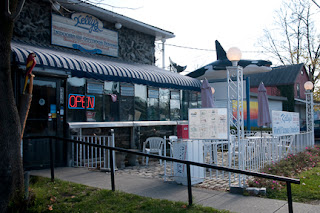 The stately wrought iron of a beach resort contains the patio of a restaurant; a carved wooden parrot, and a suspended plaster orca invite guests to an escape too exotic for Rhenia’s humble shores. Beyond it, an ambiguous clamor of colors is painted on a garage door, and, further still, the neat outlines of monsters from a children’s book remain the last trace of a former ice cream shop. 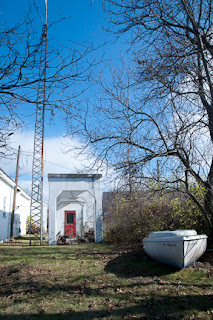 Between Rhenia’s banks is an island, carved away from the land so subtly that the break is only noticed by practiced observers. A Coast Guard station charged with the duty to survey the surrounding water stands vigilantly, its signboard yellowed and blank, overseeing youths rowing diligently. A small boat, beached and bare in the cold sunlight, rests on the sparse grass awaiting the coming frost. 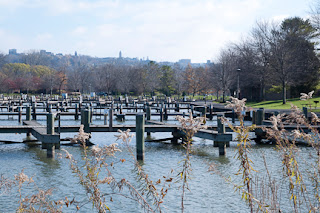 Abandoned docks punctuate a motionless arena, anticipating the next change in the winds that will rearrange Rhenia’s visage.